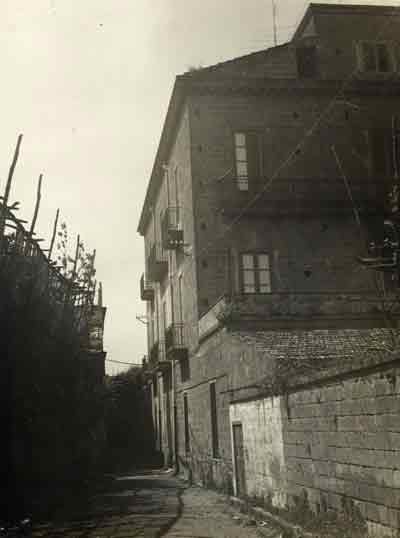 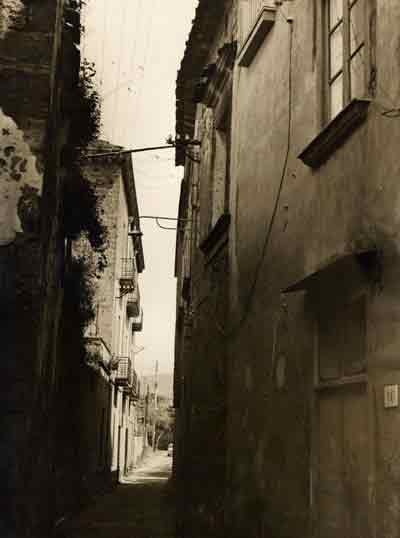 SORRENTO
Since the early ‘800 Sorrento was the place of refined culture and elegant resort town meeting, there stayed poets and writers such as Byron, Keats, Goethe, to name a few. They drew inspiration from the landscape, the colors and flavors.

THE VILLA
At the end of the XIX century Enrico – “Errico” – Tozzoli built the palace Villa Tozzoli to be the manor house on the adjacent citrus grove of about two hectares, full of citrus, ancient olive trees, walnuts, medlar trees and other flowering plants that frame the majesty of this strip of land Sorrento nowadays.

WORLD WAR
Errico was born in Sorrento in 1832 and there lived and died in 1924. He was a knight and literate, a follower of humanistic studies and agronomic sociology. He left his possessions to his descendants. During the Second World War (end of 1943-beginning of 1944), the whole building was confiscated and occupied by the American soldiers moving forward to the North, who made it their headquarters. At the end of the war, the palace returned to the legitimate owners, till now.

TODAY
In the ’70s the Villa was completely restored and renovated inside, obtaining some apartments, leaving its geometry and its imposing style unaltered.The solid structure shows the typical volcanic stones of the Sorrento Coast: the tuff.

THE CONTEST
Villa Tozzoli is situated in the ancient via della Rotonda, near the very little church built in 1303 “Santa Maria de Restilianis”, called ‘della Rotonda’ because of its round plant.

In a unique landscape in the world, where sea and mountain alternate, deep valleys and citrus terraces, everyone can choose their ideal holiday between nature and silence, health and culture, sea baths, spa treatments, nature walks and excursions in the renowned Nearby locations: Naples, Pompeii, Herculaneum, Ischia, Capri, Positano, Amalfi, Ravello, Vietri sul mare …

History of the Gulf Garden

The History of Sorrento was born with its foundation, traditionally and legally attributed to the ancient Greeks, but Sorrento had as its first settling inhabitants the Italic peoples, starting from the Etruscans and then, from 420 BC, the influence of the Osci was important.

In Roman times, Sorrento is remembered for having participated in the Italic insurrection (90 BC); a colony was then deduced from Silla, which was later followed by a settlement of Octavian veterans.

It was then the municipality of the Menenia tribe. It was a bishop’s seat at least from 420. During the crisis of Byzantine dominion in Italy, the town acquired autonomy as a duchy, first under the supremacy of the Dukes of Naples, then with its own archons and dukes, always in struggle with Amalfi, Salerno and the Saracens.

The history of Sorrento is confused with that of the other cities of Campania; took part in anti-Muslim leagues; fought the Longobards of Benevento; he knew family struggles among the local nobles.

Obliged in the IX century by Guaimario to accept as his duke his brother, Guido, the Duchy of Sorrento resumed his autonomy after the death of the latter and then finally lost it in 1137, absorbed in the new kingdom of the Normans.

Sorrento then followed the fate of the kingdom, not without rebellions and conflicts, especially at the beginning of the Aragonese age. June 13, 1558 was taken and plundered by the Turks; in the winter of 1648 the city valiantly supported the siege of Giovanni Grillo, general of the Duke of Guise.

In the main square, Piazza Tasso, there are two statues: one is placed at the center of it and depicts the patron saint of the city, Antonino da Campagna, born around the middle of the VI century; the other, located on the southern side of the square, depicts the great sixteenth-century Sorrento poet Torquato Tasso, author of the famous epic poem Gerusalemme liberata.


The historic center still shows the orthogonal layout of the streets of Roman origin with thistles and decumans, while upstream is surrounded by the sixteenth-century walls. There is the cathedral, rebuilt in the fifteenth century, with a neo-Gothic facade, and the church of San Francesco d’Assisi, with a remarkable fourteenth-century cloister, with arched arabesque portico intertwined on octagonal pillars. The Correale di Terranova museum displays collections of Greek and Roman artefacts and Capodimonte porcelains, with a section dedicated to 17th-19th century painting; from the park you can also enjoy a magnificent view of the gulf. At Punta del Capo, 3 km west, are found Roman remains of the villa of Pollio Felice (1st century AD). Another maritime villa is the “villa of Agrippa Postumo”, built by the unfortunate nephew of Augustus.

It is in this context, overlooking, with its private terrace overlooking the sea, the wonderful Villa Tozzoli: placed in the most renowned position, the Villa is immersed in the greenery of its two hectares of land, where you can breathe inebriated nature from the notes delicate waves.